Paintball news this past week.

▪ Stolen Vanquish SSX – 8 very rare Vanquish SSX’s have been stolen. The Vanquish SSX is a very limited edition Empire Vanquish that is produced by Committed Paintball, the same group that brought us the Twstr Autocockers, LV1s and CS1.

▪ International Tournament Ranking System – The APPA and PB Results are combined to create Paintball Leagues International at pbleauges.com. This moves helps answer some of the questions as to how the NXL and NXL Europe were going to unify ranking.

▪ NXL Change Pro Jersey Rules – No they didn’t ban padding like I have been lobbying for for the past 5 years….they are having teams pick two jersey colors and making them stick with it the whole year.

▪ Shocker CVO – Last week I reported on Shocker Paintball releasing a mechanical Shocker XLS, we now know what it is called the Shocker CVO.

▪ NEW Planet Eclipse Gun – Edmonton Impact this past weekend were spotted using what looks to be a new Planet Eclipse gun. The gun is smaller, maybe about ½ or ¾ of an inch shorter that the CS1. The Trigger frame is also much smaller, from the looks of it the frame is about the size of the Etha 2. No idea what bolt, electronics or anything else. Sounded very much like a CS1 though, wouldn’t be to surprised is PE stuck with the IV Core that comes in the CS1 and CS1.5. Im betting will we see the new Eclipse gun at Paintball Extravaganza in a few weeks. 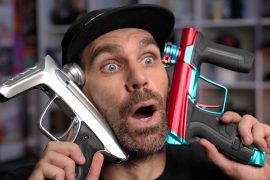 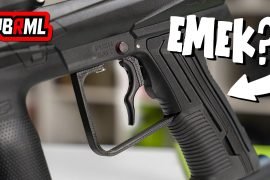 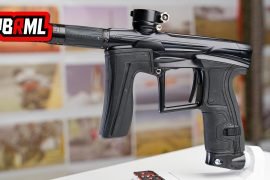