Possibly some good news to come out of yesterdays cancelation of the first NPPL event?

The NPPL is proud to announce that Lane Wright has accepted a position with the NPPL as its Chief Operations Officer.

Lane started playing back in 1990.

He’s won 14 major tournaments, played events on 5 continents and 15 countries, played the finals in over 30 events.

He’s been the manager or director of over 100 tournaments ranging from local events, to the largest most competitive events in history, and the NPPL is extremely fortunate to have him. 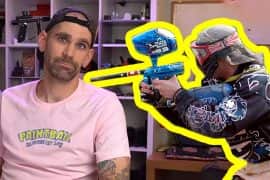 Paintball Now vs Back In The Day