The Force is out! Check out my review out below.

Late last year we reported that Bob Long/Field One were going to release a new spool valve gun called the Pinnacle.

Today we found out that the gun will now be called the Force.

Taking some notes from the newer Planet Eclipse guns, the Force will also have the high pressure regulator relocated from the foregrip to the grip frame.

I’m hoping that excluding the LPR will make the Force a bit simpler and easier to use. Previously Bob Long guns have been a bit finicky and required a bit more tinkering than other guns in the high-end category.

This coming week we should see rendering for the Force, at the Paintball Extravaganza trade show in Washington DC.

UPDATE 2-22-17: A shot from the Field One tech class via Ryan Greenspan’s Instagram

The Engine will be 100% new, some design elements will remain, but it’s a whole new thing. 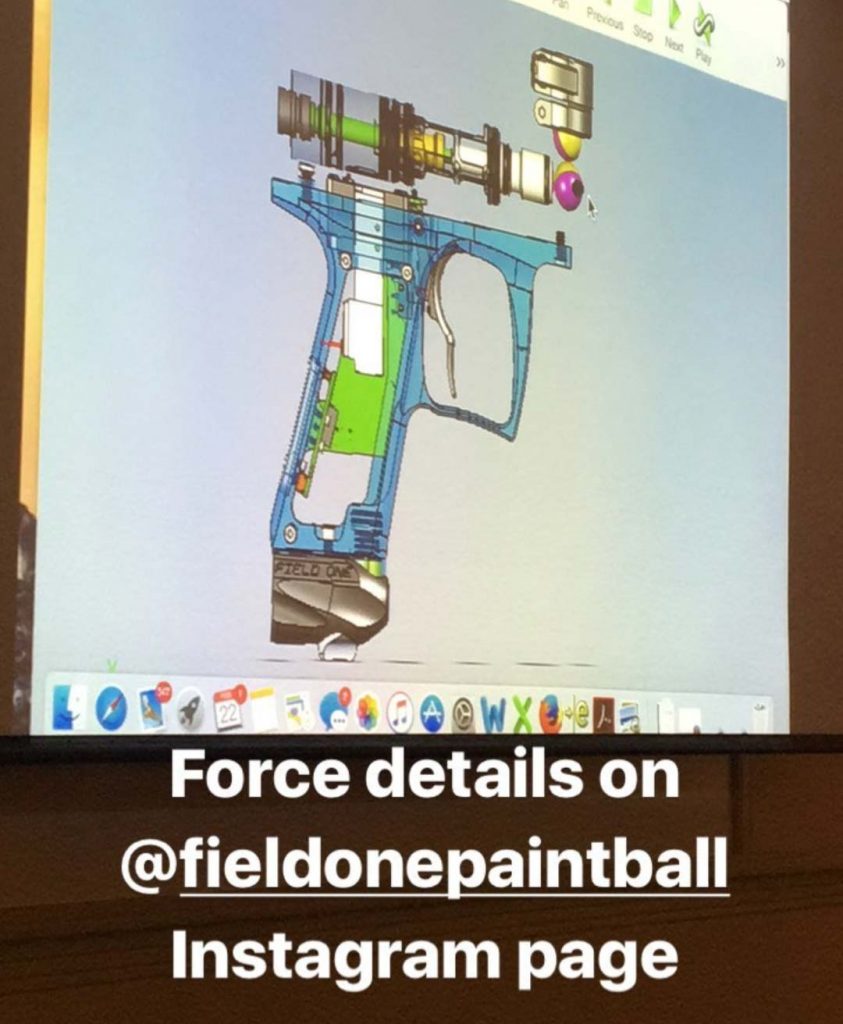