My memory is a bit blurry on this…so take most of what I say with a grain of salt.

The video above was from the NXL/PSP World Cup in Orlando. I think in 2004? The sad part is that I was at the tournament 🙂

The NXL then was backed mainly by a Dick Clark owned production company, and the above video was a first attempt to get the NXL televised. It obviously, failed. 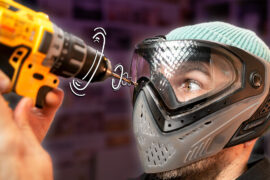