For those of you who miss the days of hiding behind a massive tube thingy, rejoice! The West Coast Paintball Player League (WCPPL) are bringing back the carwash.

The carwash used to be a mainstay on every tournament paintball field. The original version started out on 10-man fields and literally looked like the entrance to a carwash, much like the snake used to look like an actual snake. Over time the carwash shrunk to about 4 feet tall, 12 feet wide and 6 feet deep and was used at 7-man tournaments around the world. Along with the rise of Xball and the Race2 formats the large carwash was replaced with smaller bunkers that better suited the smaller playing field.

Now that the WCPPL are bringing back the bunker, I’m very curious to see how they will choose to use it. The WCPPL were one of the few leagues that decided to not switched to the WPBO rules in 2016; the WCPPL rate of fire is still 12BPS and they use the 2015 PSP bunkers. The sheer size of the carwash is going to limit what the WCPPL can actually do, Xball fields are just a lot smaller than 7-man fields. As I see it the league could: use the carwash as a center 50, dorito 50 or place it back off the center A.

The WCPPL showed off a picture of the new carwash bunker today. The bunker overall looks much smaller than the original carwash, which is a good thing! It looks like the new bunker will fit much better on the current field dimensions. 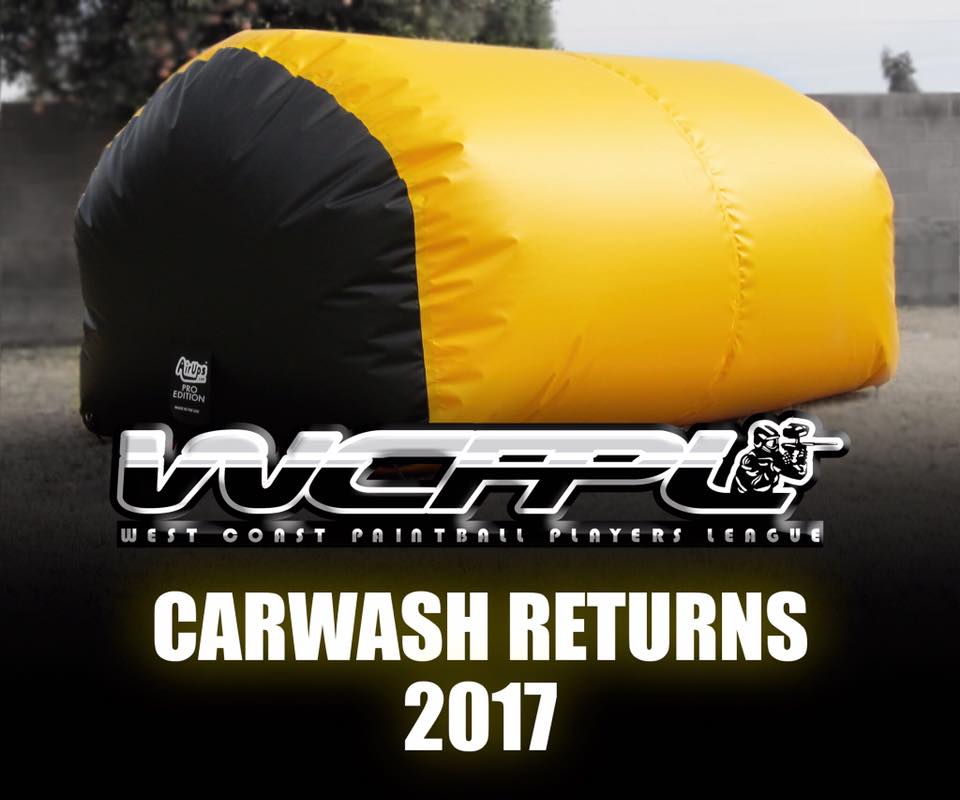