After two year shooting MacDev Clone 5s, Tampa Bay Damage are making the switch to the DLX Luxe ICE. As with most sponsorships, it probably has more to do with money than the gun themselves. Although it the past we have seem Damage have massive gun problems at the wetter events.

Not only did Damage change gun sponsors, they have also add Matt Darula. Just yesterday Dave Painter announced that 187 cRew will be calling it quits, and in less that 24 hours Matt Darula found a new team. In reality there is no way that he found a team that fast, it is likely Darula knew for while about 187 and has been talking to teams. Darula should make a nice addition to the Damage roster, and add some depth to the snake side after the loss of Bryan Smith. 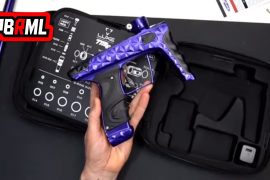