The point of the Vanquish GT is to include the new Vanquish V16 bolt. Empire says the new bolt: improved air efficiency, is lower maintenance and eliminates bolt stock. The only changes to the GT are the new bolt.

While the Vanquish has always been very similar to the Luxe, it takes it a step further with the Vanquish GT and it looks like they have made the can resemble the Luxe even more.

At launch the Vanquish GT will come in four colors:

The Vanquish V16 drivetrain will be sold separately for $199.95 and will fit the Vanquish 2.0. 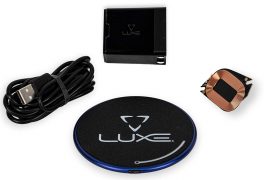