The end of the tournament paintball season is nearing; just as with every year the end of the national tournament season ends with one grand event in Florida. World Cup is the event that everyone remembers, until the start of next season. The team that wins World Cup is often seen as the best team in paintball. The same should be true this year, so who do we think are the top dawgs going into World Cup?

With out question, Impact is the best team in paintball. Impact going into the NXL World Cup, have played 8 pro tournaments this year. In the NXL and the Millennium Series, they have played in the finals all but one time. Of the 8 tournaments Impact have placed 1st four times, 2nd three times and once fourth. They are amazing and the best pro team since Dynasty was ruling paintball in the early to mid 2000’s. Impact just won Millennium Series World Championships and the series title.

Dynasty have been playing second fiddle to Impact all season, in both of their trips to the finals in the NXL they have been matched up against Impact. Dynasty have been to the finals twice and both times Impact won convincingly. Ranking Dynasty in second place was a bit hard as they played very well in Las Vegas and Cleveland but terrible in Dallas and Nashville. We would really like to see another Impact/Dynasty final and maybe this time the boys in blue can edge out the northerners.

X-Factor, the team that always seems to get so close but never quite there. X-Factor had a solid 2015 season with two 2nd place finishes and another solid 2016 season with two 3rd places. The last event that X-Factor won was World Cup in 2013. They seem due. They work hard and have some of the best players in the league, the just haven’t been able to get over the hump.

Since the addition of Thomas Taylor and the loss of Drew Templeton and Bobby Aviles, Infamous have been on a tear. Most of us (myself included) thought that the loss of two starters and the addition of an old snake player, would hurt the team and it has done anything but. The losses to the team and the new pickup have helped the team see a resurgence, and they are playing with more fire than ever. There is no team that I would rather see win World Cup than Infamous.

The team that everyone loves to hate. Heat have a stacked roster and everyone on the team gets paid and handsome sum. 2013 was the year for Houston Heat, the year that team was reformed and the year they won three of the five PSP events. Since then they have come back to earth and remained a top tier team but no longer dominate. In the last 14 tournament in the US, Heat have only won one event. While they are a good team, they are not the super team that they seem to be. Coming off a terrible 8th place finish in Paris, Houston Heat is not looking good heading into World Cup.

If you ask any of the Russian coaches, they are still in a rebuilding phase. They have some paintball veterans, sprinkled with some young talent. With veteran players Denis Golev, Kirill Prikhidni, Alexander Berdnikov and new up and comers like Leonid Smotrov the Russians are a threat. They still wont take out top teams like Impact and Dynasty regularly but they will put up a fight and make it a close game.

ac: Dallas are still the new guys on the block, 2016 will mark ac’s second year in the pro division and they have quickly made their name. Most teams coming from Division 1 or Semi-Pro get beat down for years, but ac have quickly become a team that can beat anyone. Ac’s best finish to date is 3rd place, beating a very strong Infamous team in Dallas this year. Ac Dallas will only get better and expect them to climb the ranks in years to come.

I really want Damage to be good again, really I do… After the team almost called it quits and the being of the season, they just haven’t looked like the Tampa Bay Damage of years past. They seem to me lacking the off the break shooting they once had. Damage is still a team that can win matches. Much like the teams below them, they can’t regularly compete with the top teams and unfortunately in their current form probably never will.

Coming off last season, 187 looked like they may be on the way to getting on the podium. 2015 was 187 Crew’s best year in the pro division, they place 4th twice and had a few middle of the pack finishes. Coming into 2016 hopes were high, but they have yet to meet expectations and have again fallen to the middle of the pack.

Thunder have yet to find it, find a groove that helps them win matches. They have visually looked better this year, but the eye test has not concluded with any good finishes or wins. Thunder played very well in Dallas placing 6th, matching the teams best performance since the teams inception in 2012. Coming off Cleveland the team went 1-3 with the sole victory from a Boom match.

The Ironmen are a team that is not normally associated with loosing. They have been one of paintball’s premier teams for nearly 20 years, and many of those years the team has been a contender. This year is the worst year the Ironmen have had in the last 10 years. the Men had not seem a placing lower than 8th place for nearly 10 years, until the 2015 World Cup. The Ironmen were expected to be better this year, with the addition of Bobby Aviles and Scott Kemp the outlook was good, but the team has simply looked bad. Todd Martinez coached the Ironmen in Cleveland and will be back for World Cup maybe he can help give the team a boost. 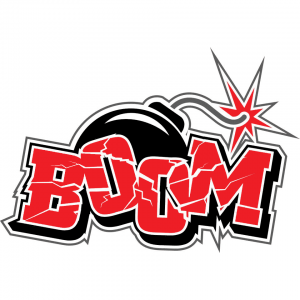 Boom blew me away (and just about everyone else) at the last NXL event in Cleveland with a 6th place finish, I honestly didn’t think they were capable of it. Although they did have one of the easier brackets, beating Thunder, the Outlaws and Legion with a loss to close 3-4 loss to Heat. When they faced off against Impact they got crushed 7-2, the score looked like a blow out but it really was much worse than even the score dictates. Will Boom make it out of the prelims at World Cup? Probably not, they are in a bracket with Dynasty, Damage and Thunder. Thunder they can handle, Dynasty and Damage, not likely.

Aftershock is another team that has been a disappointment this year. Shock have the the Distortion/Aftershock band back together with Drew Templeton, Ronnie Dizon, Chris Sosine, Jon Woodley and Carl Markowski. We expected more from the Mikey Bruno coached team. Bruno has brought a lot of fight and energy back to Aftershock, but he hasn’t brought wins. Aftershock teams of yesteryear are about one thing, winning.The new Aftershock have not done that in a long time.

Placing Revo this far down was hard, they have played much better this year than the did in 2015. The team has stayed in the middle of the pack all year and have shown very little to make us think they can make the jump to the upper tier of the pro division. If they

Uprising were far and away the best team in the semi-pro division last year, of the four events they took three 1st places and a second. They dominated virtually every team they played, only loosing two matches all year long. Then they went pro. They have yet to make a good showing at any event this year, they best they have mustered is two 9th place finishes. At this point they have also lost one their best players, Nate Schroeder.

The Outlaws sure try hard, they always seem to give it 100%. But in this division 100% is not always good enough, you need the skill and game plans to match your opponents. If you don’t, you will get blown away. The Outlaws have placed dead last twice, second to last, and 8th this year. 8th seems super odd and it was likely a fluke. I’m betting on a 16th place finish again for the Outlaws.

Kyle is the Paintball Ruined My Life helper. He fills in at all most every position, helping write articles, takes photos and almost any other task that needs done he can do.