Fresh off the heels of releasing the VIO XS, Virtue just debuted the VIO Ascend. The Ascend will be Virtue’s first venture into the mid-range mask market or anything mid-range for that matter.

The Ascend will retail for $84.95 and at release come in 6 colors: Black, Charcoal, Red, Blue, Olive and FDE (tan). Look for the Ascend to hit store mid November.

Unlike its counter parts the VIO Contour, XS and Extends the Ascend is made from one large piece of variable density molded plastic, in other words in all one piece. Virtue’s other masks allow for a plethora of customization options, you can change the ears, strap, bottom and goggle frame. The Ascend however is meant to be used as is, you can only change out the goggle strap as the other pieces are all molded together.

We can only speculate at the time, but the Ascend will likely have a hard upper nose and have a softer more flexible lower like the VIO XS. Unlike the previous VIOs the ears are not soft fabric they are plastic and will likely be made of the same material that makes up the lower face.

The size of the mask looks very similar to the VIO XS, a size that we are very fond of.

In my opinion this is best looking mask Virtue has ever made. 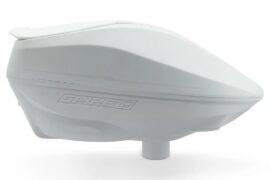 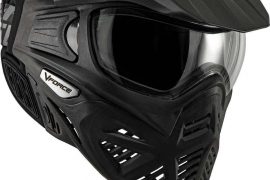 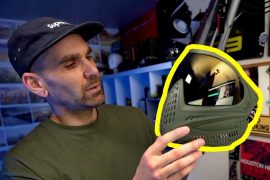