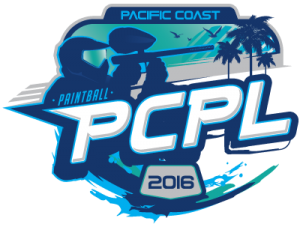 The Pacific Coast Paintball League (PCPL), the PCPL is a new West Coast (USA) based league that will operate on the new WPBO international playing standards. The league is owned by Edmonton Impact player Dave Bains and will have support and backing from GI Sportz. The PCPL 2016 season will only consist of three events, Sacramento, CA June 3rd – 5th, San Diego, CA August 19th – 21st, Las Vegas, NV TBD. We really would love to see an event a little further north in Oregon, making it more of a West Coast series rather than all the events focused in one area of the West.

We have also gotten word that one of the main reasons the league was created, was because the WCPPL refused to adopt the new WPBO rules and format. Over the past few years the WCPPL has been growing, and we know that they have had aspirations of going national. The new PCPL, could delay this or cause the WCPPL to fold all together. At this stage the NXL and its affiliates share series points, so its beneficial to play the NXL and the PCPL to get overall series points.

With the first event coming in June, it is plenty time for team to decide if they will give the event a go or not. We have seen MANY leagues come and go so best of luck to everyone involved.

“As a player, team and field owner, it has always been my hope to see the sport of paintball grow internationally, where team and player rankings are measured consistently to truly determine the best of the best,” says Dave Bains, Owner, Pacific Coast Paintball League. “I believe the creation of the PCPL and its affiliation with the NXL is the next step in realizing this dream. Growing regional competition and linking it to national rules and standards improves the level of play and strengthens the sport as a whole.”

To start the season, teams will participate in the first NXL event in Las Vegas. From there, West Coast teams will battle it out on home turf to decide the Western Conference Champions. There will be three regional tournaments hosted by PCPL at world-class facilities in San Diego, Sacramento and Las Vegas. The last event in Las Vegas will crown the best of the West, who will go on to represent the Pacific Coast at the NXL World Cup in Florida.

“It’s important for our tournament industry to get back to where regional participation counts towards national events,” says Shawn Walker, The Paintball Park at Camp Pendleton. “Young teams should aspire to move up the ladder and eventually become professional players. The NXL West Coast Championship is an achievable goal that is both affordable and prestigious. We need more teams playing more paintball and the Pacific Coast Paintball League helps accomplish that.”

As part of the movement towards world unification for paintball, the league will follow the same format, rules and refereeing as the NXL with points earned counting towards overall standings.

“One of our goals through the NXL has been to create a national platform, where East meets West, North meets South and the true world champions emerge with the cup,” says Tom Cole, President, NXL. “So the addition of PCPL plays a critical role in fulfilling our vision. We look forward to welcoming the Pacific Coast teams in Vegas to kick off what I’m sure will be an amazing year for paintball.”

“We’re excited to bring nationally standardized tournament ball to paintball players on the Pacific Coast,” says Bains. “But more than that, we believe this provides an excellent opportunity for advancement and growth. Our series winners will be headed to NXL World Cup with their entry fee, hotel and paint covered by us. Plus, they will have the bragging rights of representing the West on paintball’s biggest stage.”

The Pacific Coast Paintball League (PCPL) is a tournament speedball series based out of Sacramento, California. Founded in 2016 by Dave Bains, professional paintball player with Edmonton Impact and owner of Capital Edge Paintball Park and Sacramento DMG, the league is an affiliate of the National X-ball League (NXL). It will host three regional events following the rules and format of the NXL with the series champions winning paid entrance, hotel and paint for NXL World Cup 2016 in Kissimmee Florida!